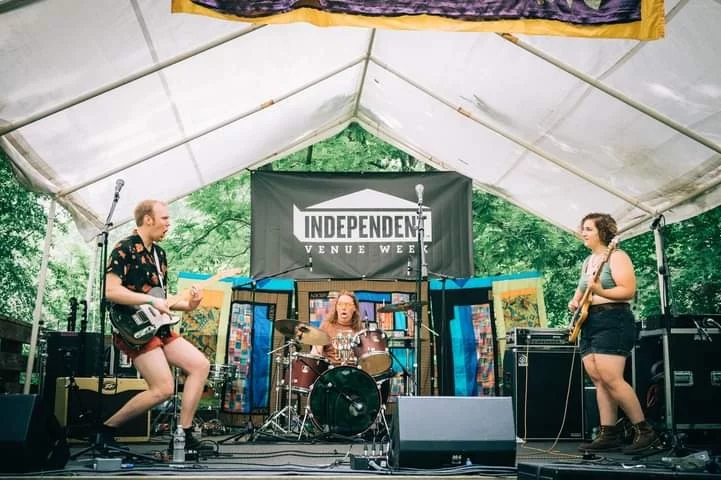 Isa Teixeira - everything else

Declan Poehler met Isa Teixeira in their hometown of Frederick, Maryland while Isa was on break from school at the University of Delaware in Newark. The two connected over a variety of musicians and bands, including local music in the area. While Isa was at school, Isa had become involved with some bands from the DE punk scene, taking photos at shows and promoting events. She'd also begun to pick up a few instruments, which prompted the two to share recordings back and forth when she returned to school. These recordings eventually led to in-person recording sessions, resulting into the group's first EP, "Death By Indie", released by the band on some home-dubbed cassettes.

Soon, Declan relocated to Newark, after attending several shows in the area and falling for the blossoming music culture. The two began to write more structured, dynamic songs, eventually releasing a digital-only record, "Junk!" along with a series of short films and an outtakes-EP called Not Quite Junk.

The two have since relocated yet again, this time to the city of Wilmington. They began playing shows with other bands in the scene, quickly making friends Mike Edwards, who began sitting in with them on drums, allowing them to achieve a much heavier, full-sounding element lacking from previous recordings.

Impetus will be releasing their first two releases in a single compilation in December, as the band works deep in the basement, preparing for their first full-length album.