Beats From The Funky Graveyard by Ghost Jazz Tapes Distribution 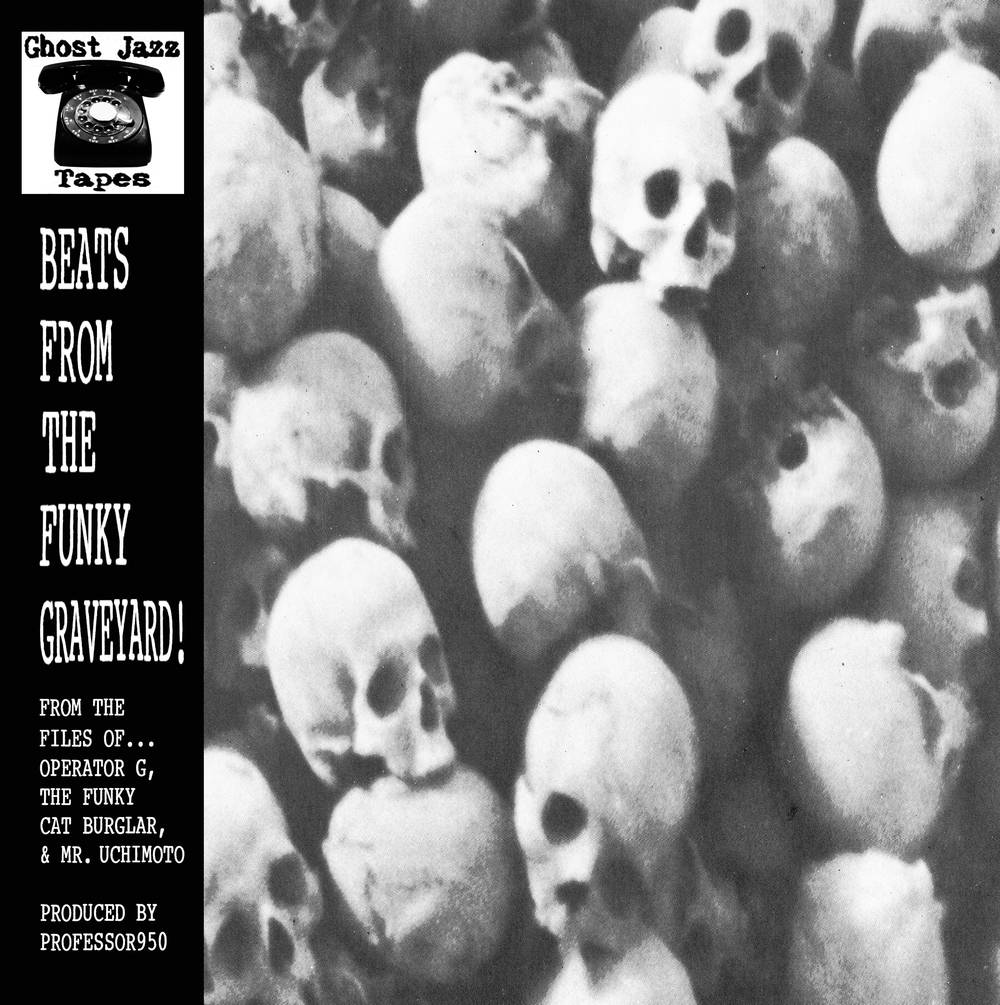 A 15-song compilation from the Ghost Jazz Tapes label, pressed on vinyl for the first time with the Rainbow Records Club. The record is on a red-and-white marble mixture, and was pressed at Soft Wax Record Pressing in Philadelphia.

Each song has been picked from the 30+ tapes released by artist/producer Professor950.

Track Listing:
1. Melted Wax
2. Can Death Be Outwitted?
3. Tokyo Dumptruck
4. The Old Doctor
5. Monster Made Of Pieces
6. Nobody Gets Away
7. Mummy Council
8. Yakuza Pipebomb
9. Night Creatures
10. Dawn Of The Mummy
11. The Liquidator
12. Corpse In The Museum
13. Harps In Hell
14. Cocaine Cigarettes
15. Cat Burglar's Delight

More in Distribution View All