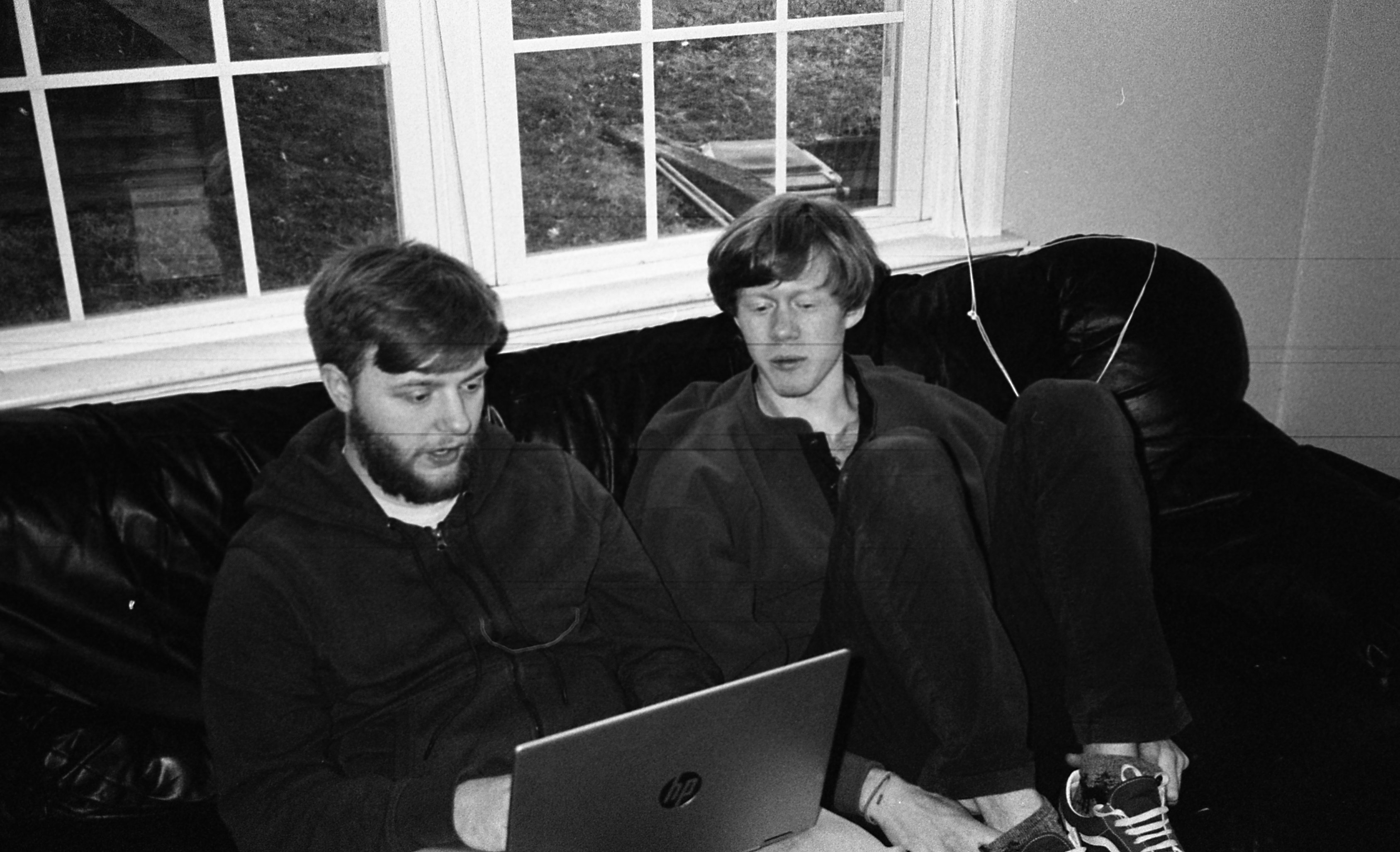 Think Machine is another band built out of the ashes of an early scene band, Shooting Shark, a band who played some very early shows with Paint The Sun. Like The Subterraneans, Shooting Shark discovered the budding scene at Cab’s Open Mic club, where many of these early bands got to play their first shows. (There were not many participants, and so the bands would be able to play longer sets.)

Shooting Shark broke up shortly after the band graduated from The Charter School (located in the same building as Cab Calloway). Nate Lamborn, who wrote most songs for the band, also started playing in Naff around this time, and found a more natural chemistry present with the band than in Shooting Shark.

Despite this, Nate began working on a new band to use as a vehicle for his songs, feeling a bit stifled by Sam and Seb’s selective writing process in Naff. Nate recruited drummer Evan Kipp, as well as bassist Brian Johannson, using essentially the same line-up as Shooting Shark. But the songs Nate showed to the two were those of a drastically different band than the original. Nate also demanded a strict regimen for practices, something not always present in the previous group. The two agreed, and began working on filling out these early Think Machine songs.

Their first show was about six months later with Naff and Kobika at the release party for Impetus’ first release, The Subterraneans 7”, shortly thereafter adding Steven Savage on guitar and replacing Brian with Ian Berry on bass. Soon, the band was playing several shows a month and recording/releasing their first EP, “Orange + White” in 2018 on Slightly Shaken Records. After a short tour with Kobika in New England, the band continued working on some new material, increasingly influenced by the band’s more noisy and dancy tendencies. Steven, who was finding it difficult to make time for the band, left in February 2019. That week, Think Machine went into Earth Songs with Joni Elfers to record their half of a split with Kobika, as well as beginning to record their first album, "This Machine Makes Noise" (IMP009).

Following the recording of the album, bassist Ian Berry also left the band. After months of reworking songs to play as a two-piece, the band found bassist Maciej Lewicki, who has played with the band since the summer of 2019.