Feel It Too by Moonflower IMP0008 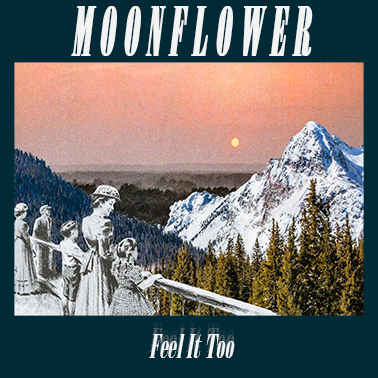 Feel It Too is Moonflower's fourth release, and the band's first to be released on Impetus. The EP, which contains four tracks recorded at Tubal East, is available on 7" vinyl, CD and digital.

The 7" vinyl is a collaborative release with Wilmington-based Lonely Bird Records.

Recorded at Tubal East with Joshua Dilorenzo.
Mixed and mastered by Joshua and Chase Rush.
Graphics by Jordan Phipps. Photos by Jarrett Loeffler.